this the main map by which sectors of iTaewon and surroundings are divided in this site, going clock-wise geographically from West-end of iTaewon : 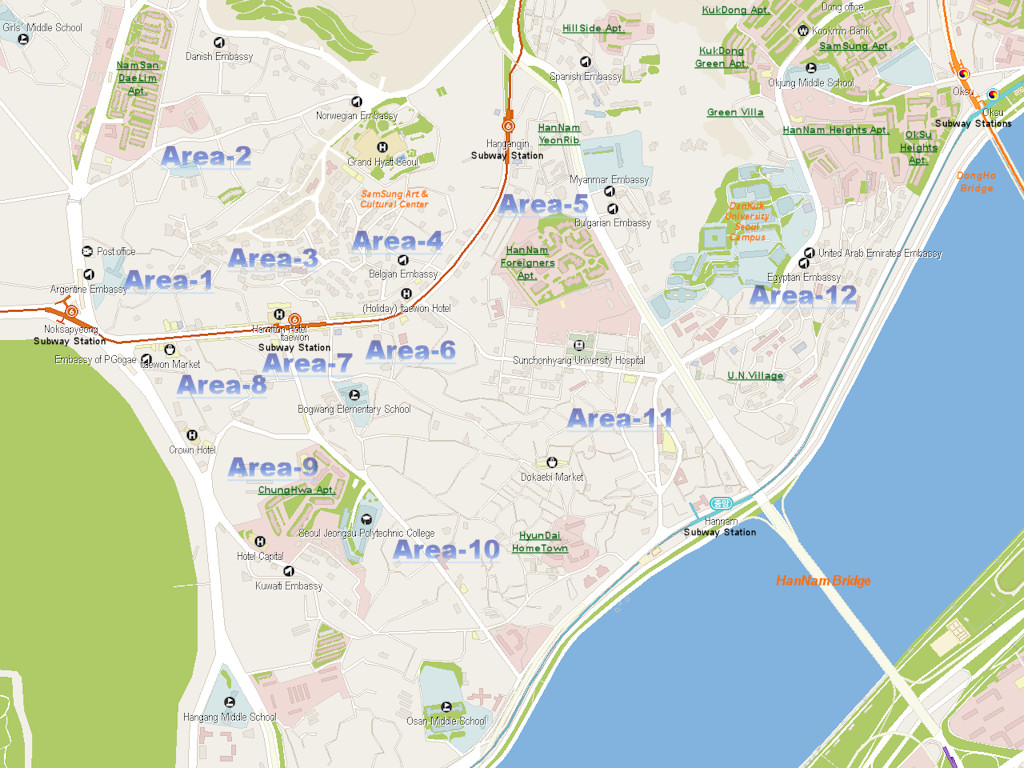 Hamilton Hotel West : West-side faces up on this one : 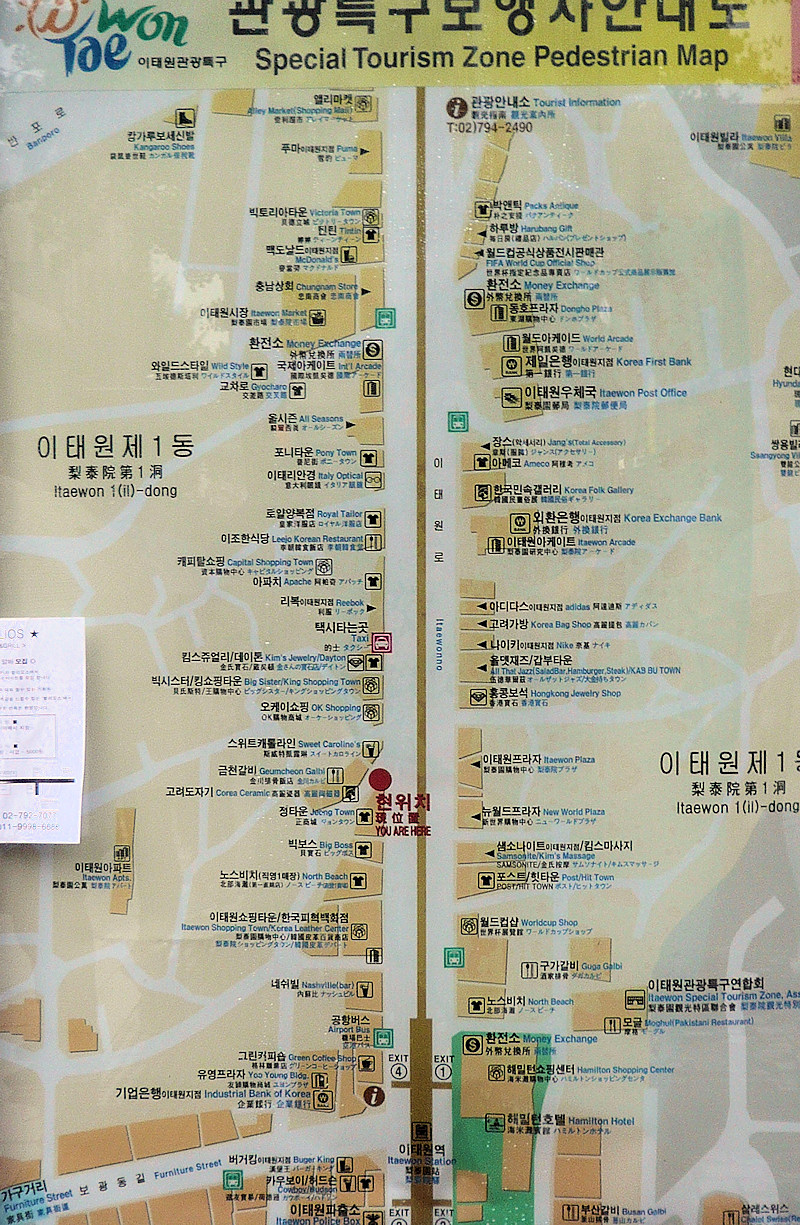 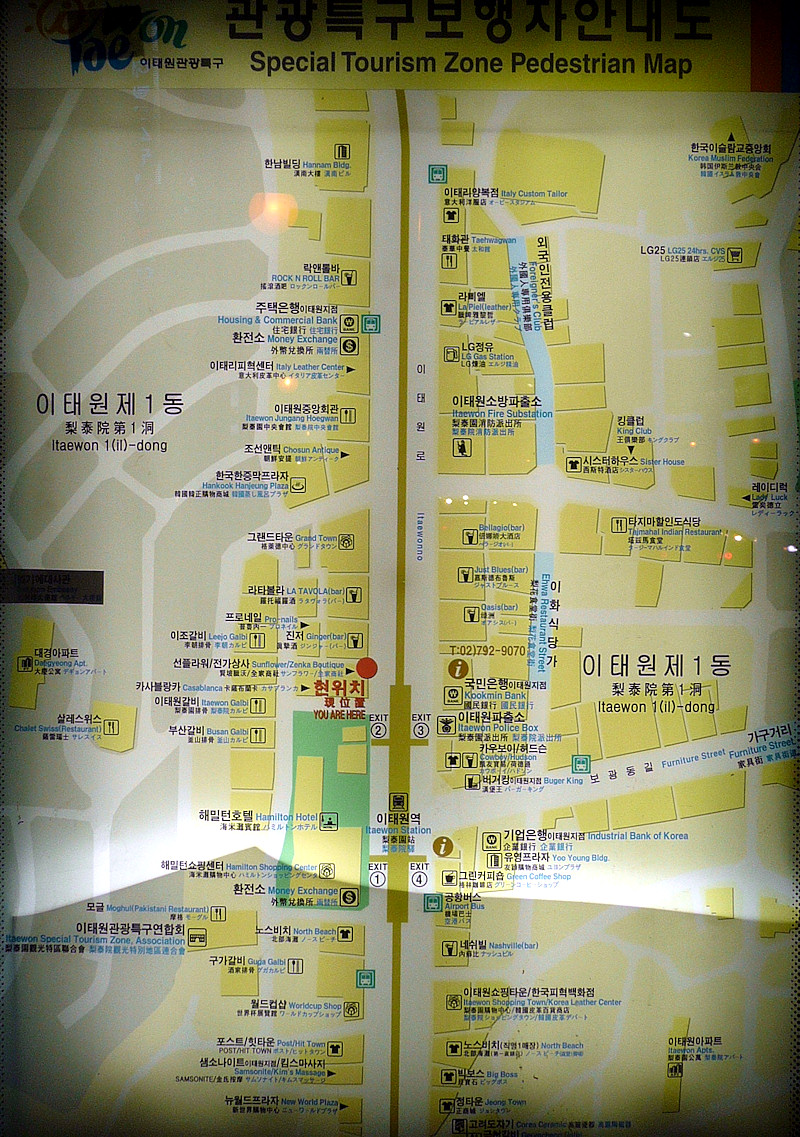