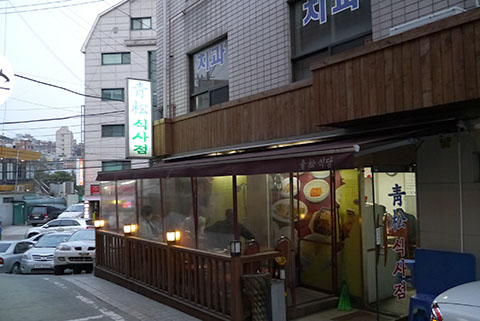 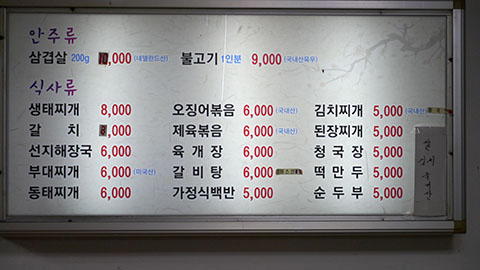 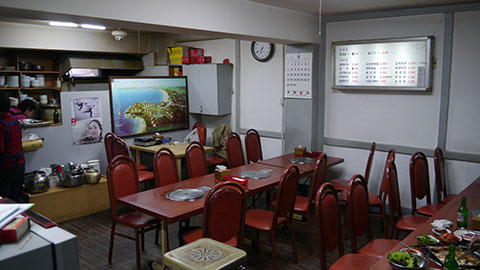 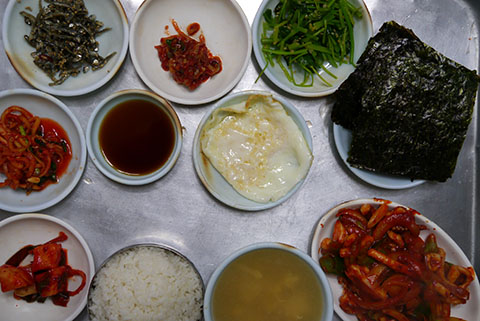 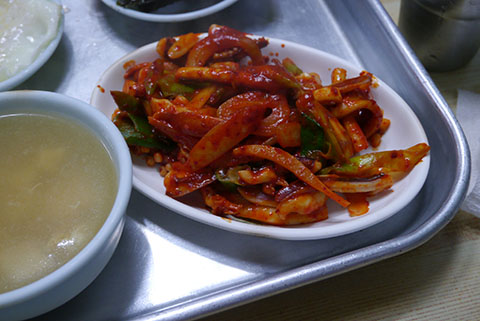 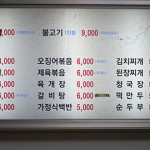 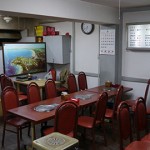 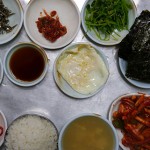 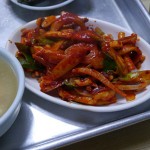 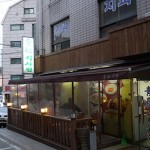 the most common form of quick neighborhood restaurant comparable to Chinese take-out States-side, are again Korean-Chinese restaurants and SeaWeed-rolled Rice chains, both offering almost-immediate delivery, with basic menu around W4,000. now these are the most basic of dishes, with one small Korean pickle side-dish .

then there are local restaurants usually in back-alley in business districts offering a full-table of small dishes which are traditionally Korean, though NOT cheap at around W6000 ~7000 – the latter at higher real-estate locations .

this one hidden beside a small alley aside iTaewon Crown Hotel, between YongSan Gu administrative office (the big blue-glass building reminiscent of Star Wars) and Capital Hotel further South towards BanPo Bridge .

local workers come here to eat regularly and seem to know each other, exchanging local gossips of who went where ..

ordered menu is Squid Fry, which was not as spicy-hot as usual due to this rather international location, where Japanese now frequent .