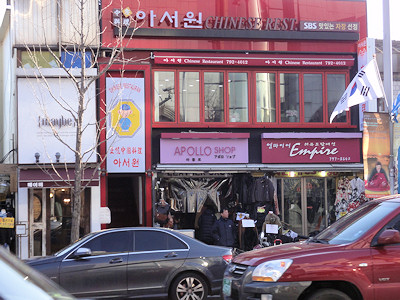 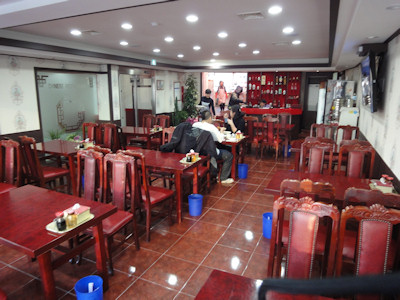 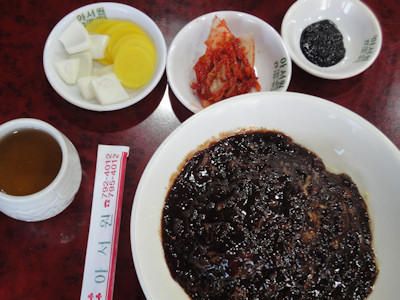 common in the whole of the Korean Penninsula, both North AND South, is the Korean Chinese Restaurants . almost in every corner of BOTH business AND residential areas . these are long-run by Chinese immigrants from Eastern China whose Korean borders have witnessed generations criss-crossing from God knows when . but they are ALL Koreanized, meaning as in the case of the States, they contain dishes that would NOT normally be seen on mainland China . good example is the synonym of Chinese food in Korea : JJajjangMeon (dark soy paste noodle), JJamPpong (red HOT seafood soup noodle) AND TtangSooYook (sweet and sour pork) !

one of the earliest record of food delivery in Korea was the Chinese restaurant originally recognized by its square tin-can carrier on delivery motorcycles .
and there are so many, now post-Millennium many without store-fronts but working out of near-by homes
and the real test comes whether you get a stomach ache after the meal .

then there is iTaewon . the most foreign of all neighborhoods in Korea from Japanese conquest to U.S. 8th Army posted here after the War . yes I’ve already mentioned ‘Ho Lee Cheow’ THE American-Chinese restaurant in iTaewon . now here is also the Chinese-Chinese restaurant in the name of AhSeoWon (many combination of spellings possible for it is pronounciation from Korean-pronounced Chinese characters).

and no, this is NOT the only pure Chinese restaurant in Korea . for there are several known in each respective neighborhoods with a cult following . ‘AhSeoWon’ used to be in a prime location just across from Hamilton Hotel, on the second floor . and it used be a mobile office for someof fake watch vendors . no connection to the restaurant owners but they would simply casually use it as a locale to meet buyers .

but as the glitzy new ‘Nescafe’ moved into its place end of 2009, they’ve moved much West-ward to the luggage shop area . right across from Burger King now, they are again on the second floor . oh and for orders : 02-792-4012

[ December 2011 Update ]
a better choice for order came recently in the name of JangAnSung 02-792-2845 open 24 hours !
whose palette seem more clean AND more meat or seafood depending on the dish “V”