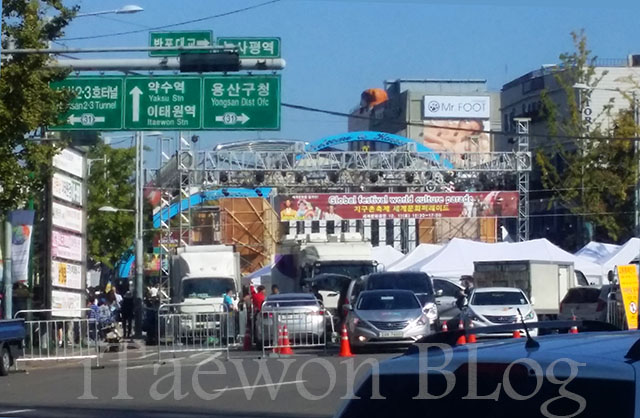 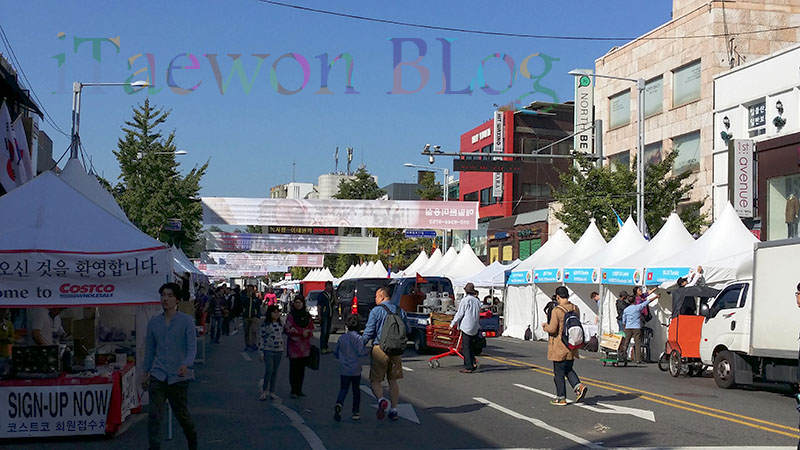 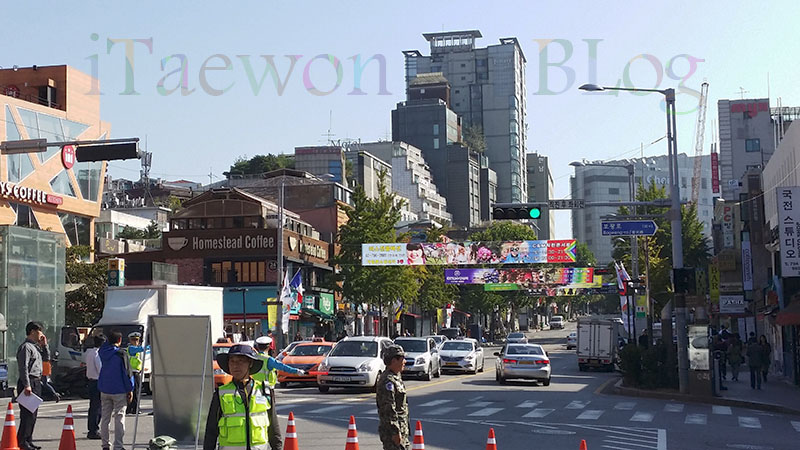 although iTaewon has long~ been a (rather small compared to a couple of big markets like South and East Gate) a must-see shopping street in all of Korea while South developed into a tech.nation, other areas has been constantly rising like the cutesy alley of GaRoSuGil . to counter this : the Annual iTaewon Festival began in 2008 as the U.S.Base relocation is said to be ever under-way AND the North-West corner Officially deemed as internation restaurant alley (behind Hamilton Hotel and Left-wards).

thus it seems like the German OktoberFest here for two days in the Weekend . but aside from South-East Asian and Middle-Eastern booths with local cuisine – as many live South-East around the Central Mosque – it is not much different from the many regular festivals around the Peninsula . most of the larger eatery booths are “traveling restaurants” as they are constantly on the road . ofcourse no-doubt a large number of expatriates and English teachers all come out over the the Weekend, although not so much G.i’s any more, but I would like to see a true festive atmosphere instead of mere institutional project : like a true multi-national events on-site as well as a festive mood much seen throughout regions in neighboring Japan called “matsuri”, street festivity //