Shabu Shabu is Japanese for Swiss Fondu, except you put in thin-sliced beef – thinner than bulgogi (Korean barbecue) and boil in soup, then dip it in sweet peanut-butter . now that is the original Japanese version – first imported into South Korea around 1975 at the small Japanese-Korean joint venture Pacific Hotel at MyeongDong Subway Station in downtown SEOUL . but now in the what-ever Fusion-Age : you have many choices of broil as well as dipping sauce, on various restaurant here in South Korea as well as neighboring Taiwan .

this new buffet-type Shabu restaurant is at the center of iTaewon : at the top of the hill next to iP Boutique Hotel . but their bill-board sign is hard to notice so look for the green Korean sign of Hana Bank, iTaewon Branch which is in the same building – both on the ground floor . 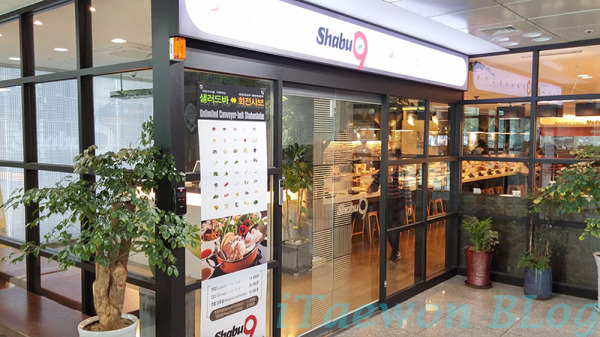 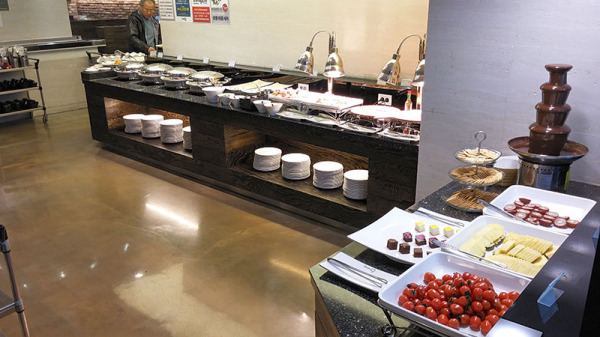 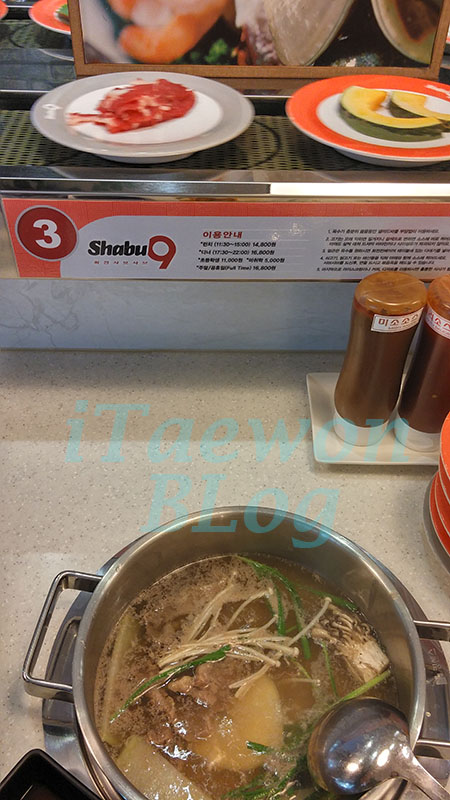 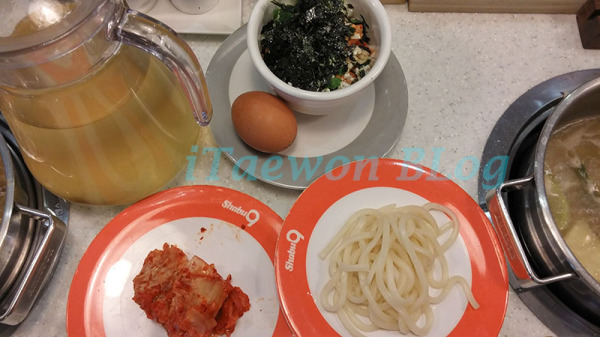 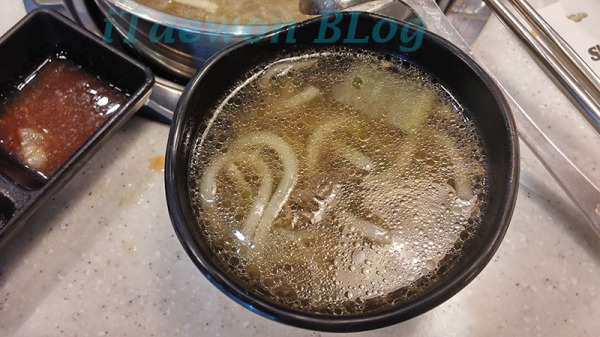 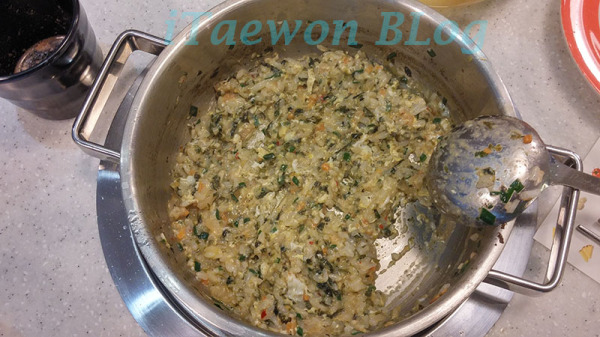 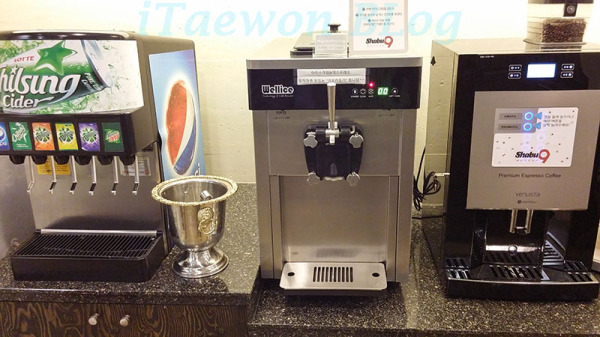 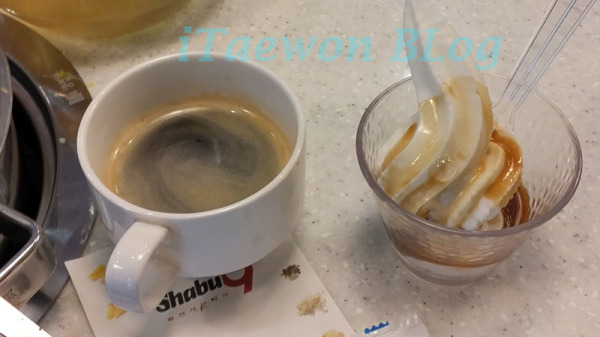 just as inCheon Airport was awarded the cleanest international Airport in the Whole-Wide-World, this large place is immaculately clean – the table and floor too, but the servers come very often to take away dishes you have finished . they offer two types of seating : at the tables you share the boiling pot, while on the long counter you have your own pot but no-where to put your bag or coat though .

also this place has a twist, in offering a mediocre buffet complete with a dozen assortment of cooked meat and vegetables – mostly Korean and Chinese, Japanese sushi, cozy salad bar, tastey coffee maker, your usual soda drinks and to top-it-off with instant ice cream 😉 I would like to say that the buffet is a way to make your stomach full before munching on the more expensive Shabu Shabu ingredients .. but the buffet itself is quite good and fresh .

the second twist is that instead of the original Shabu Shabu, where you are handed basket-full of vegetables and a plate of sliced beef : they took the concept of rotating (Japanese raw fish) sushi restaurant and put Shabu Shabu ingedients on the rotating tray .

as a long-time Shabu-person I proclaim : the very last resulting soup is the high-point of this ritual, as it comes from sacred juices of all the meat and vegetable just before . and there are two ways you can cook this to wrap it up (two-person at the rotating-counter is ideal for you can cook the last recipe each):

price is around W14,000 for Lunch and W18,000 for dinner . I won’t say it’s cheap or expensive because there are Shabu restaurants in downtown MyeongDong with mix-and-match soup-and-sauce for half that per-person, but this comes with a buffet . open until 1opm but they start to close up the buffet after 9pm .