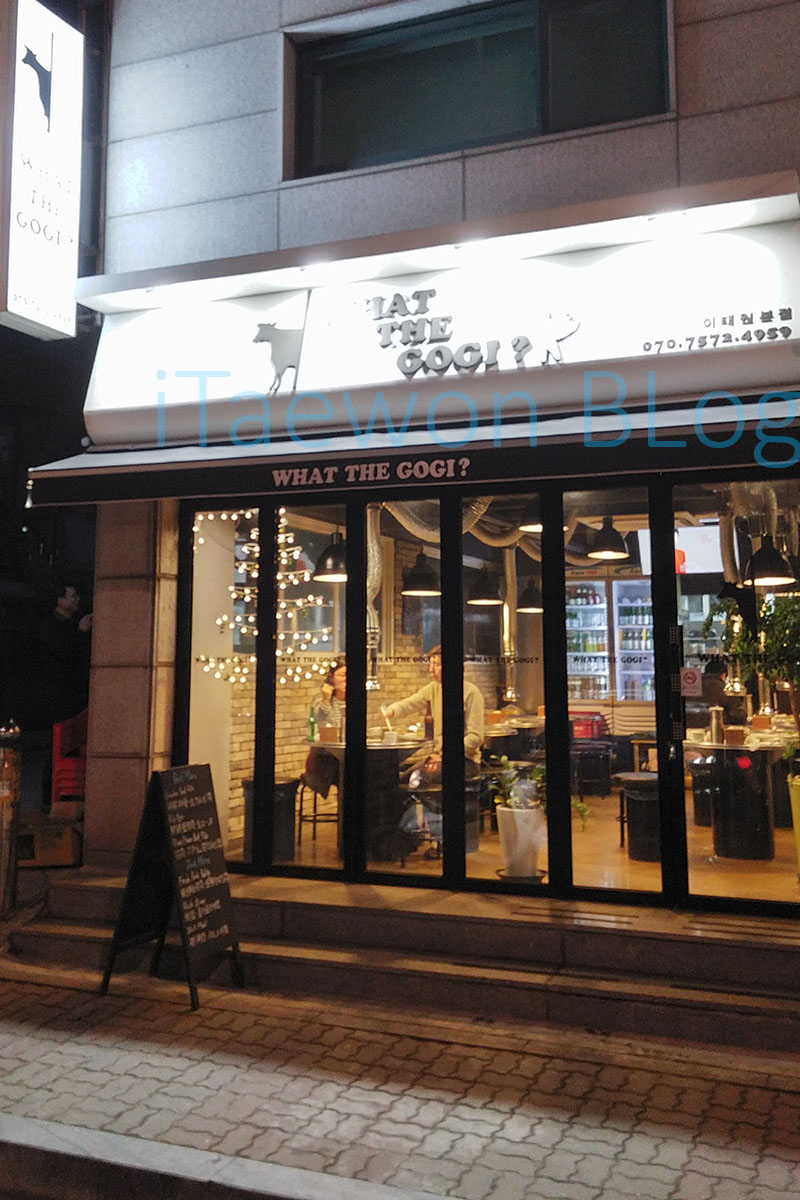 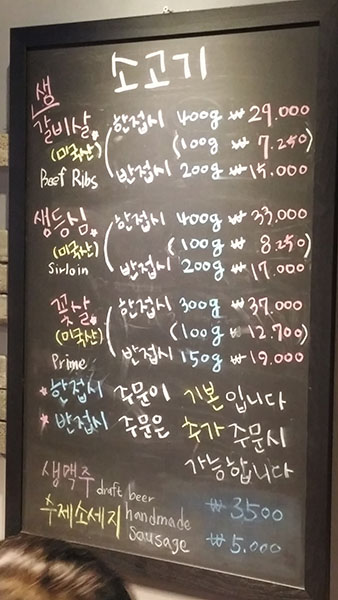 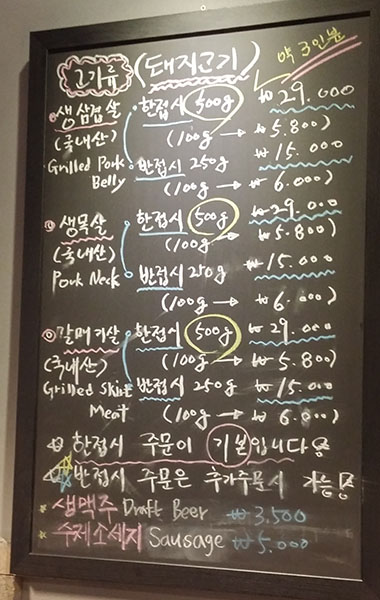 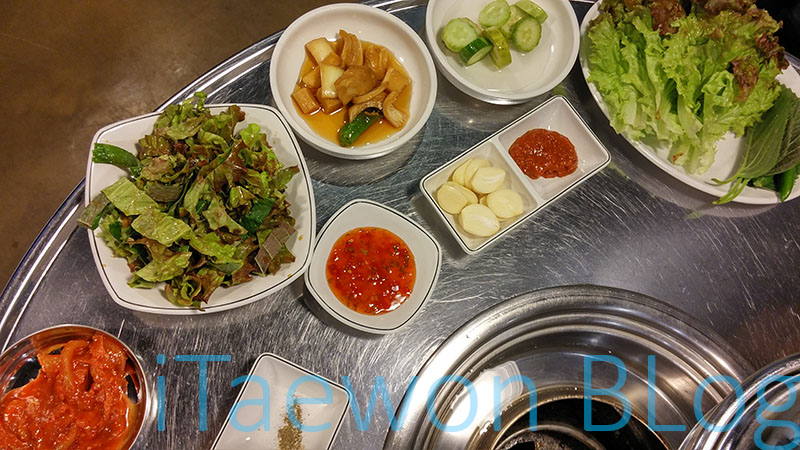 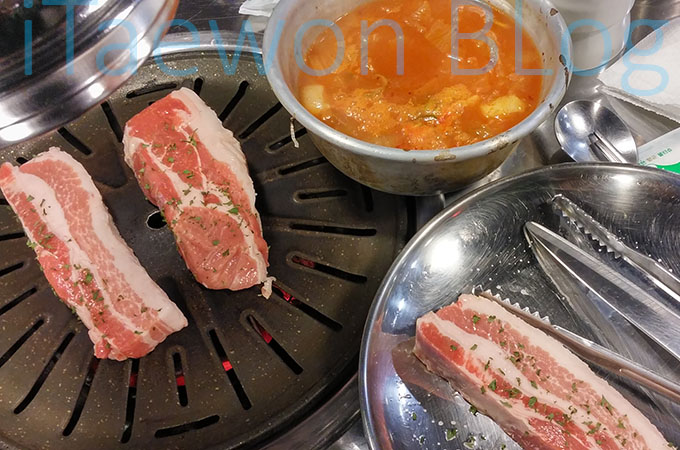 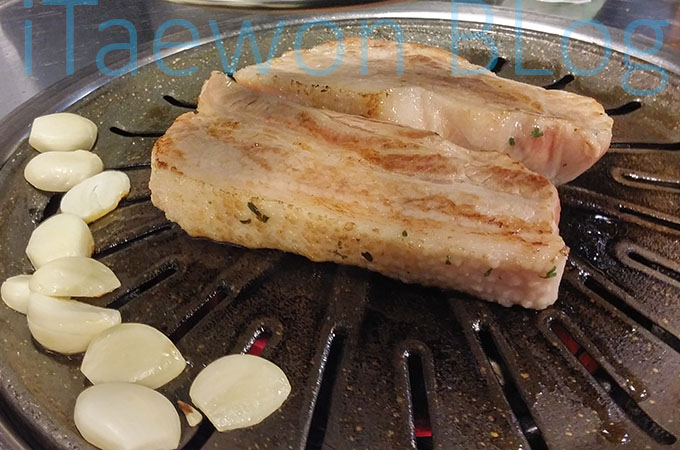 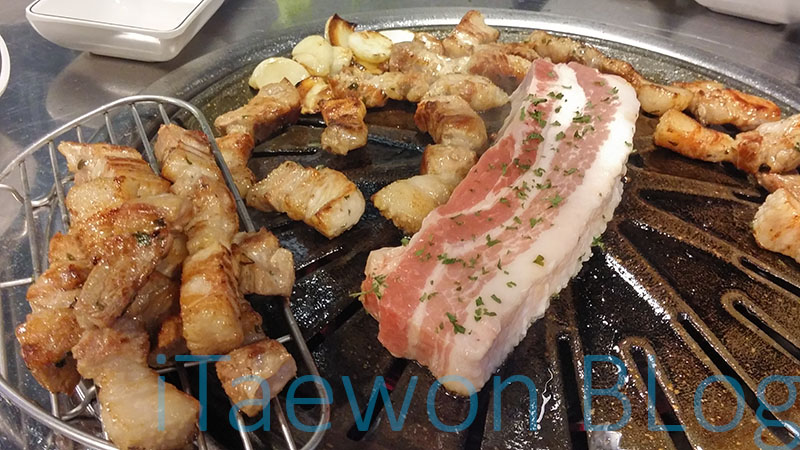 for when you begin to miss a cosy French restaurant by a young Korean couple from Australia, just up the alley .. another opens . thus is the ever-going merry-go-round of restaurants and stores, although quite a many anitique stores huddling classics from England is here for-ever .

this was sort-of a restaurant-row for Japanese tourists and businessmen, as right in-between long-time modest hotels in iTaewon : Crown and Capital . the former has a newer branch smack in the middle of old downtown SEOUL in JongRo, so this is called with iTaewon up-front . couple more Korean meat places here as well as up towards iTaewon, and also down by BoGwangDong which are larger and cheaper – as Koreans are suckers for cheap broileries .

this new one was recommended by a friend, and small it is but you feel it is very small for a Korean meat place . but clean and is run by younglings, where-as most older places are run by long-timers whose owner usually cut meat . also because many people flock into such eateries, all servers are quite  busy even with enough employees . here only the owner, the chef and a girl who serves perhaps most right out of school . and the menu on the wall are divided into beef and pork . not cheap but neither expensive though .

we choose pork for starters and the first thing you realize when it does come after the usual (spicey-hot) soup and vegetables .. is that it is thick-er than any pork place I’ve been – in Korean casually called three-layers as it consists of several . too thick I would rather cut them with a knife but still they offer scissors as others do . but sharp it is so it cuts after slightly burning both sides .

a good meat broilery needs good meat, seasoning and then fire to burn .. just enough . and they have it all 😉 the portions are large too, three thick slices for two but enough for three, which on the menu is listed as a plate-of . next-up : beef 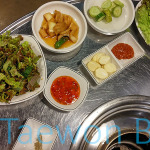 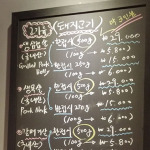 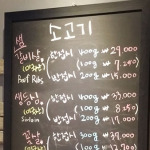 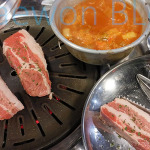 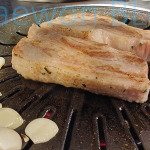 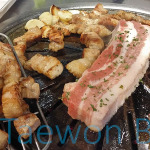 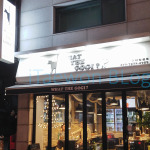