iTaewon is still the most American street in all of Korea, even though G.i’s have retracked into the base as well as a bulk moving South to PyeongTaek (to finish-up in 2016). you can see familiar uniforms especially during lunch time, also at KyungRiDan . so I was surprise to find OutBack SteakHouse closed early this year, and had ate at the next closest branch in NamYoungDong also known as the entrance to SookMyeong Womens University . but it turns out they have rebuilt the whole building in glass, and will re-open mid-Summer come August yippee ~

Florida’s steakhouse chain has been known on-start as Australian from its billboard name, and due to Korea’s distrust of American meat from disease-scare they announce theirs as from Australia . but beware and don’t trust all announcements as well as labels at supermarkets, for even though over 30% of beef sold in South Korea was from the States : you rarely come across any in buchers nor supermarts .. as much of it is mis-labeled intentionally 0o0 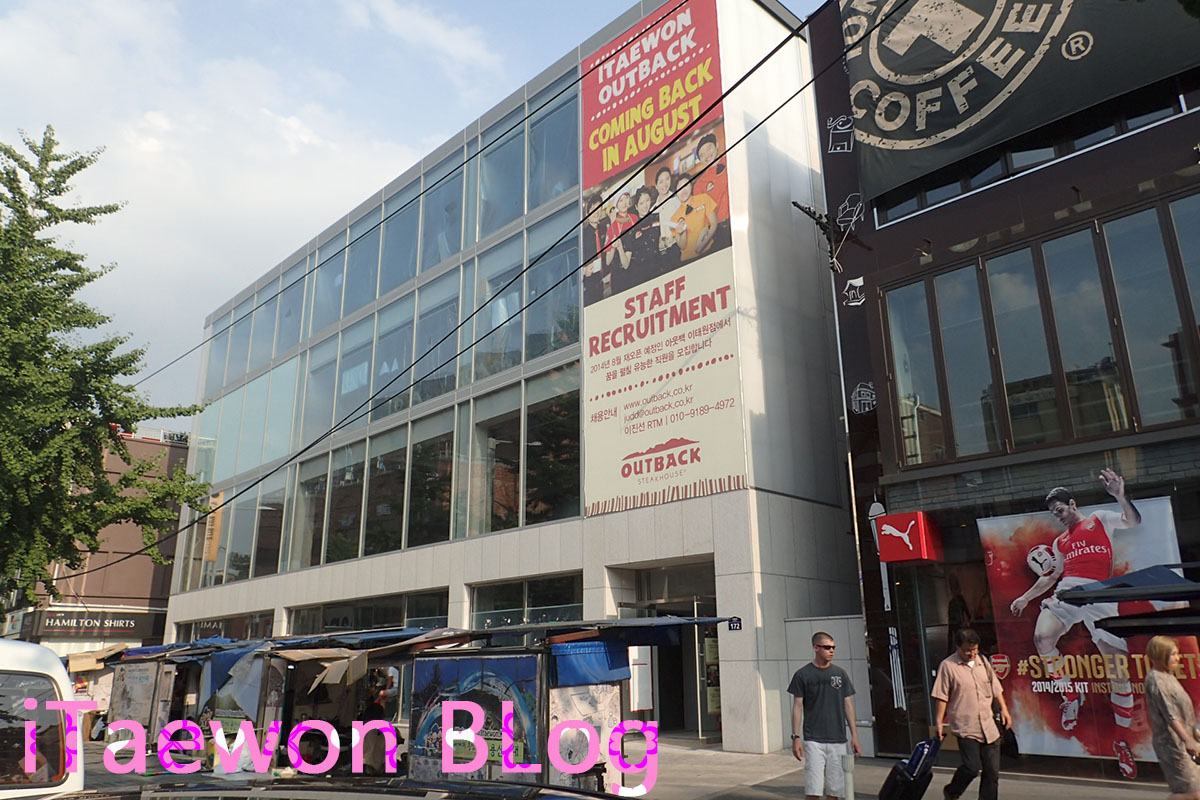 aside from their juicy steaks there are two more reasons to devour at OutBacks in South Korea :

( Mid-August Update ) and come-back they did : to the still-most American Street of All Korea . and all of iTaewon knew it : for they had their staff going around iTaewon giving-out coupons for a free starter dish . 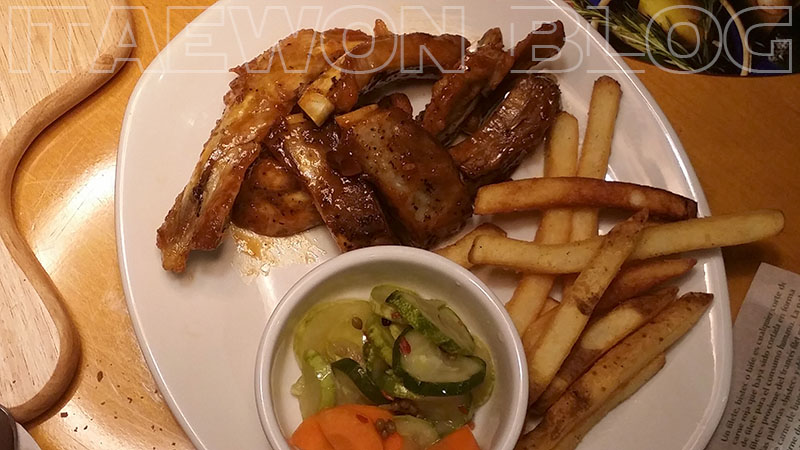 and while you had to climb one stairs-up on their former restaurant : this in the same rebuilt building, you have to ride the elevator up to the third floor . although not -yet as crowded as for dinner on their other branches .