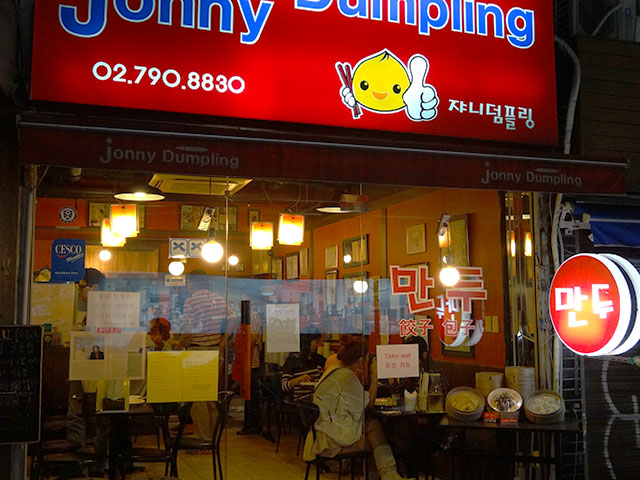 after almost 2 years of prospecting following the building of the new all-glass YongSan-Ku Office next to Crown Hotel, the obstructed alley parallel South of the main iTaewon Road from its West entrance from YongSan US Base, has finally open to the joy of existing small Korean restaurants mostly, and now boutiques are opening-up .

this alley is across Hamilton Hotel and behind Exit 4 of iTaewon Subway Station, and leading West all the way to the newly built YongSan-Ku Office . it is connected East to the cluttered African alley and further to Hooker Hill forming the small but historical Red-Light District in iTaewon – but with all flavours including trans-sexuals .

the once solemn alley is now alive, with many shops opening so the verdict will be out in another year, but the most famous so-far is Johnny Dumpling . as most restaurants around this area, tiny by even Korean standards but its dumplings have been known for long . I believe with a touch of dim-sum with small shrimp inserted . if you live in the area, you can take-out coming out of the subway .