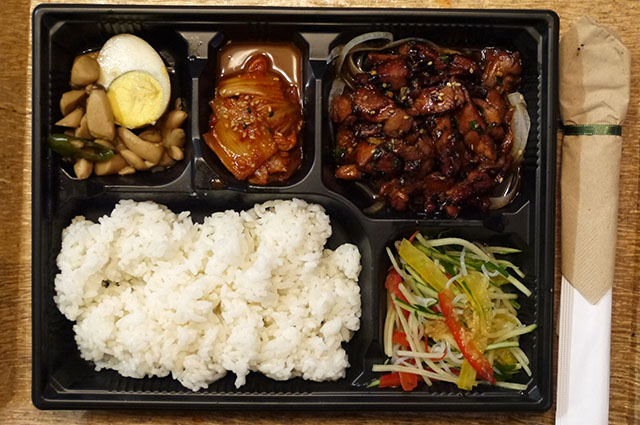 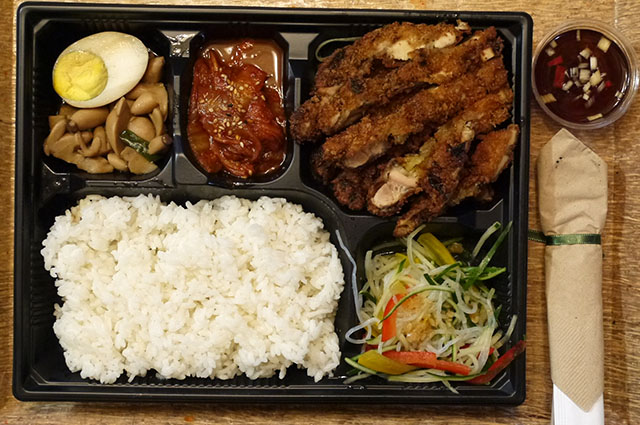 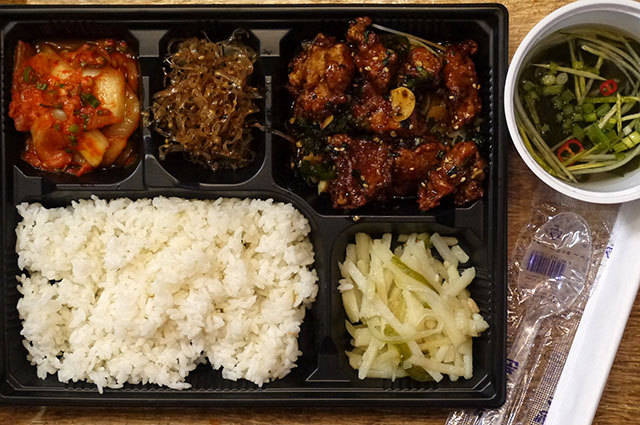 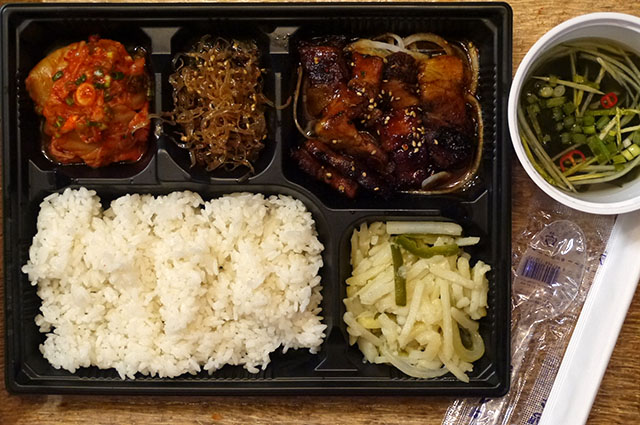 with the Central Mosque to its East flank, the narrow road leading from Hamilton Hotel South towards the Han River, lies BoGwangDong, a rather modest neighborhood where many ladies working in iTaewon live . and as many with night jobs, and too tiresome to cook in the daytime, take-out or made-to-order abound from Korea’s own Chinese delivery to new pizza parlours and seaweed rice chains .

but most are alike, and one gone and replacing as times are bad, perhaps with the exception of Pizza Hut as mentioned on this BLog with prompt on-Line order and immaculate delivery with a salute .

a new contender has joined although in a hard-to-find corner . on top of the small hill between ChungHwa Apartment rear entrance and PolyTechnic University, there is a three-way street with a traffic light . this is in the Eastern corner hidden from direct view because it is right behind the cell phone telecommunications branch .

location cordinates : the three-way street is the Bus Stop : Polytechnic University,
the three roads that intersect are :

only two tables so hard to take a seat and they take orders too, but take almost a hour for delivery in the same neighborhood duh – so take-out is your best bet currently .

so what makes this place so special . first, even in an inconventional place like iTaewon people gather on any new place, and thus the late delivery . but their menu is not set like most branch outlets, and seem to be done by the feel of cook and owner . also it is not cheap at each dish set W7,000 . but the ingretients are fresh, and side menu varies by day as I tried to show you on the photos above, where the side dish are different even with the  main dish .

and as a real popular place with a few specialized menu would have it : they only have 8 set menus, and some days not even that, depending upon customer frequency -_- I will try to express in Korean pronounciation for you to order, and explain : W7,000 each unless quoted otherwise