ever-existing between queer iTaewon to the North, cosmopolitan HanNam Dong to the East and the real estate gold mine of KangNam just across the Han River to the South : BoGwang Dong is the poor hill still cluttered with old brick housing where similar areas have long been re-developed as South Korea developed across the Millennium . foreign residents in this area is foremost Middle-Eastern, as several embassies towards the larger street North of BanPo Bridge hint . still wide compared to its spider-web of narrow alleys atop the hill – where only the “village” bus make its route : its main alley is still narrowed by a parked merchant vans parked on its side-lane . empty taxis frequent here to fetch passengers as no subway station is near, while two buses nuber 400 and 421 pass through connecting SEOUL train station with KangNam and BanPo . around the middle of the hill flourish a market area with many small stores and restaurants serving those who live here, and as this is a residential area many open late and close late .

like any other neighborhood many stores change hands here and I believe this place was a Korean barbecue place before re-opening as a cheap buffet last Week . Uncle Crix is a chain of pizza delivery with one branch deep in the alleys on top of the hill, but this one advertises as an affordable buffet . there are also a few Korean-style buffets near-by, but here they have cream soup, basic salad, minced beef as hamburgers and fried pork cutlet with rice . both meat are quite thick but over-all taste is nil – meaning none versus bad . I think a simple research into meat-and-salad sauce would do the trick though . also South Korea not being a cheap place to live now : W6000 shouldn’t be considered cheap for the few variety they offer Oh, how I miss the 30F.5-course Chinese meal in the Latin Quarter of gaie Paris -_- 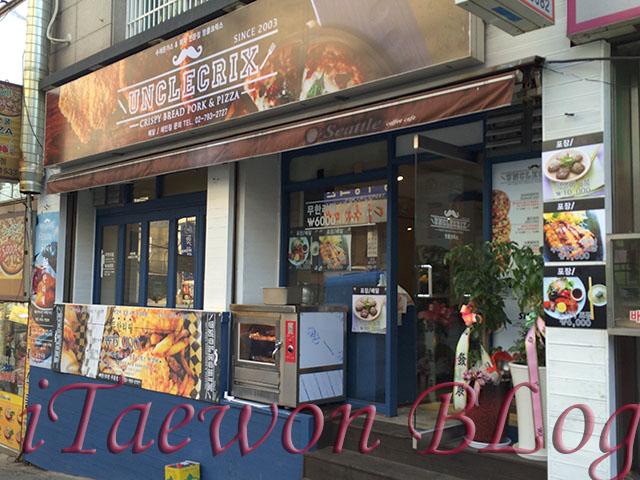 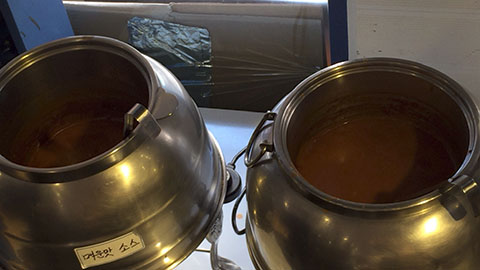 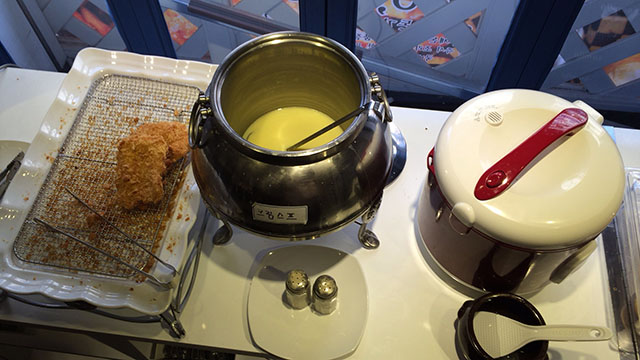 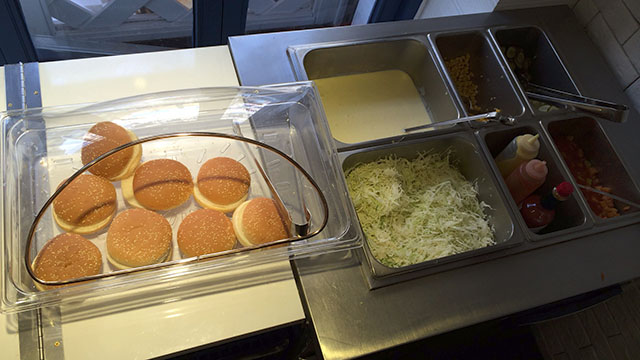