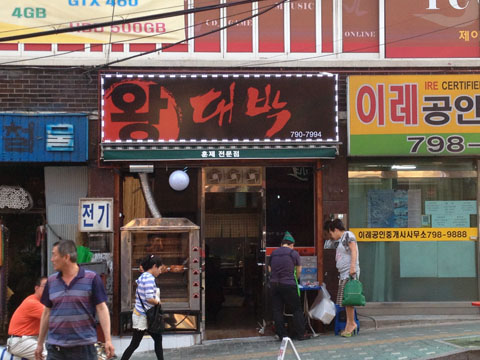 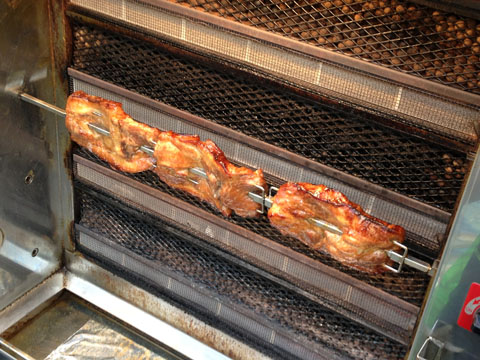 if the Brazilian Buffet Grill Copacabana on the alley behind Hamilton is a bit expensive for you, better alternatives lie as also in cheaper grocery marts : in the alley across from the Hotel further towards the Han River past ChungHwa Apartments at the next signal, another up-hill onto Polytechnic University Campus then down-hill mid-way and on your Right . if you’ve reached the bus terminus, at the bottom of the hill just before the Han River, you’ve gone too far -_-

a new pork barbecue shop just opened and passers-by were all peaking into it for something delicious about the turning kebab on the show window . the store sign reads “Wang Dae Bak” which is synonym to Eureka ! and below “Smoked Specialties”

inside is a much humble menu on the wall : only four simple dishes on the Left and the rest Korean liquor and beer .

yes all typical drinkery for a labourer to blow-off steam after a hard day’s work . each portion of the meat on the second photo above is a delightful W12,000 (raised to W15,000 by August) 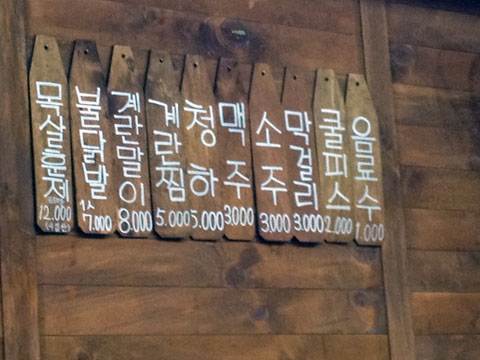 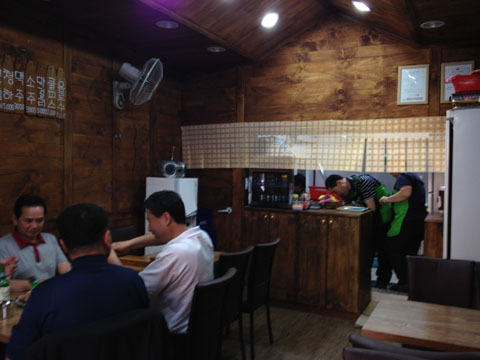 and if you order take-out, they’ll throw in a bunch of fresh vegetables and bean paste for traditional “SsamJang” (pork with bean paste, rolled in large veggie leaves)

and because they adhere as a late-night drinkery : open from 5pm to well after mid-night (until the last customer leaves, I suppose)