Pasadena has the Rose Parade and Deutschland has OktoberFest, and the shopping mecca known to G.i’s from the American Base on the next block, is now home to Middle-Easterners and Africans, where a concentration of gays and tran-sexuals operate, the former in saunas and the latter in bars in modern Korea . the end of the decade saw a rush of Japanese tourists now changing hands with Chinese over the Millennium . this being the night party spot aside from the newly amassed Hong-Dae (short for the art college fame of Hong-ik University further West of the Capital of Seoul), there is a great festival going on every year . and to top it off, Yong San (which iTaewon administratively is governed by) Ku Office opened their Head-Quarters and the West end of iTaewon, to open-up a formerly closed alley – and with the whole YongSan real-estate rebuilding plan under-way, they just had to up the ante on promotion as well as an incredible road-block onto automobiles .. so much so, that you would have seen to believe the whole of foreign populace in Seoul gathered here in these three days ~ 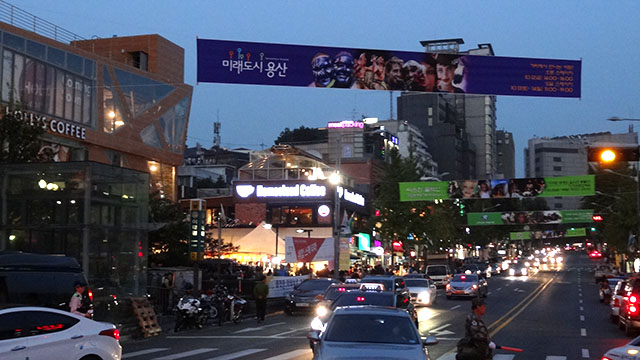 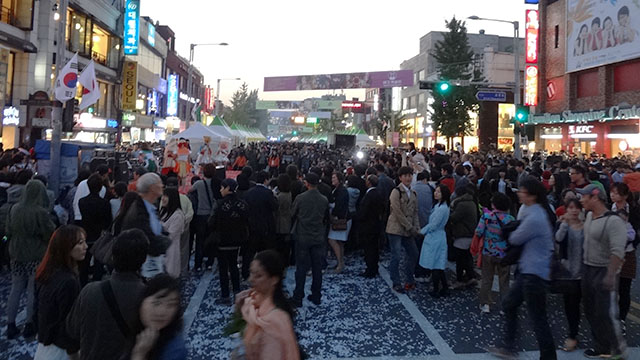 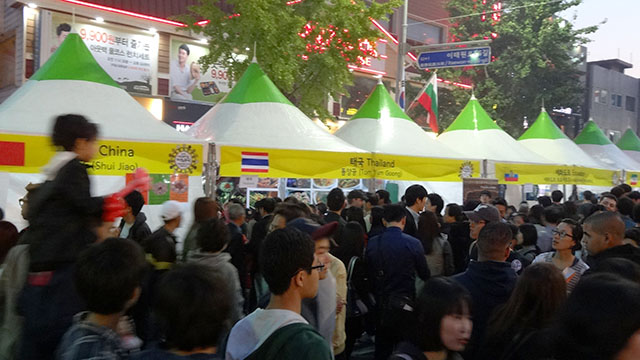 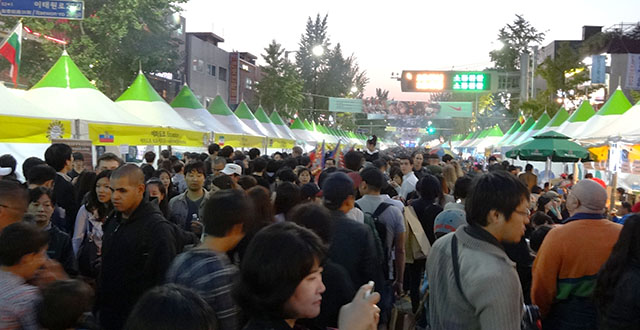 tents with cuisines from all over the whole wide World (www) formed an artificial road on the West wing of main iTaewon Street . and among them, where else would you find the classic cultural Korea’s-own sugar candy ? where you win a prize if you successfully carve-out the corners to form it into a flat statue ! 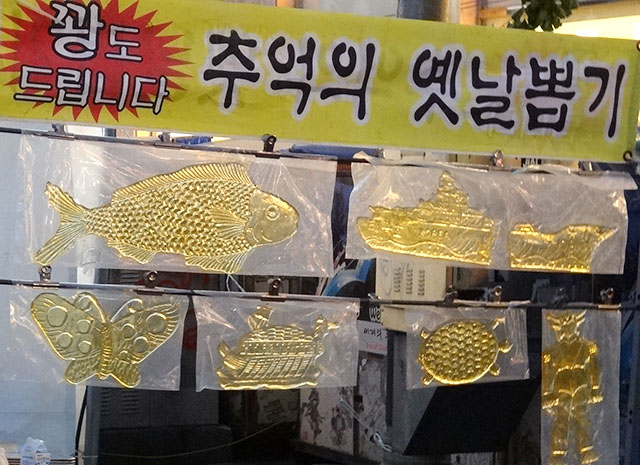 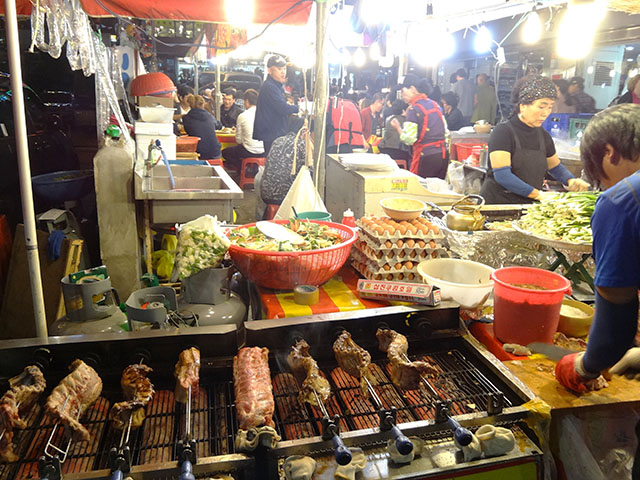 among the many, many eateries we chose the large pork barbecue stand held on East alley of Hamilton Hotel . understandably expensive with small portions, they were sort of a traveling circus .. going where festivals open woe~ what a Life, 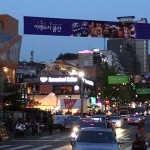 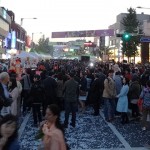 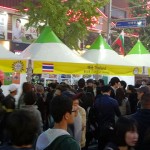 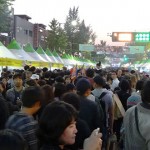 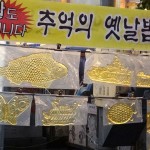 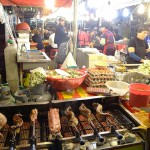