as you go from iTaewon Subway Station, across Hamilton Hotel East-wards toward the Han River : past the first traffic signal at ChungHwa Apartments (to your Right), you will go up-hill to a three-way street, of which Left leads back to iTaewon’s baddest alley : Hooker Hill and more up-hill to the famed Arab Mosque . this was a humble area before the PolyTech College came in 2008, where whole hill from here down to the Han River is designated for future reconstruction . aside from modest elder generation, many younger single ladies serving iTaewon district live here . and the most famous restaurant (now called “delicious house” as people map their favourites on their smar-phones) is a traditional Korean cold noodle called Naeng-Myeon, where theirs it topped with red-hot pepper paste . costs W5,000 and mostly served by local Chinese . 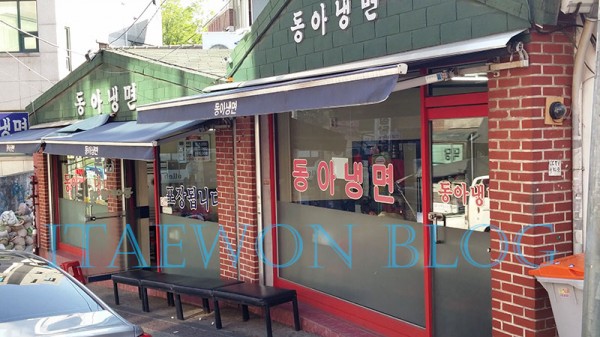 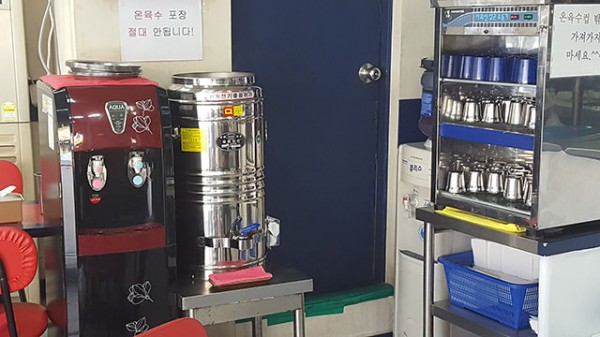 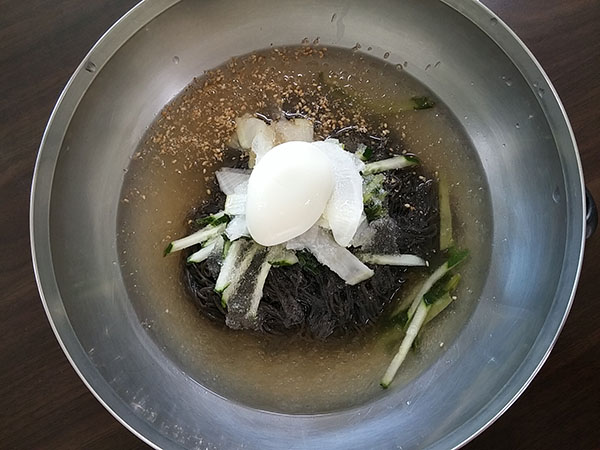 above photo is if you ask for without the red-hot paste, and if you do their self-serve beef soup is a complimentary delicacy placed right next to the water despenser .