when we moved to iTaewon – where LGBT, Arabs, Africans, G.i’s, English teachers and curious Koreans cross path – five years ago from HaeUnDae – where Summer vacationers’ migration is still recorded – our Real Estate agents were mumbling how the whole area is going to be developed, as YongSanGu regional administration office is built in shining (what?) glory on the lot of former Arirang Taxi head-quarters serving the YongSan Military Base . and this year it has happened as a whole block was demolished to open path from a road South parallel to the main iTaewon Street all the way West to YongSanGu Office .

quite many restaurant and cafes opened shop along the way, and boutiques which is an extension from the original baggage shopping market, where you would enter from iTaewon main street . so here a small block South from iTaewon main Street and a block East from the large road of YongSanGu Office a tiny, friendly restaurant opened to the joy of States-side Fisherman’s Warf memories 😉 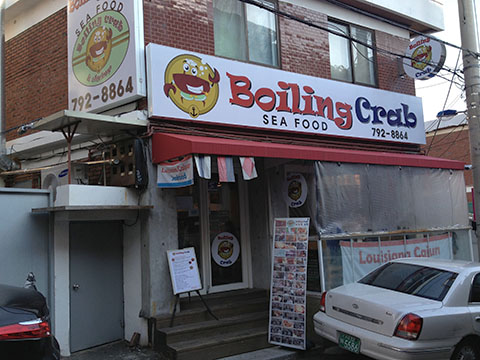 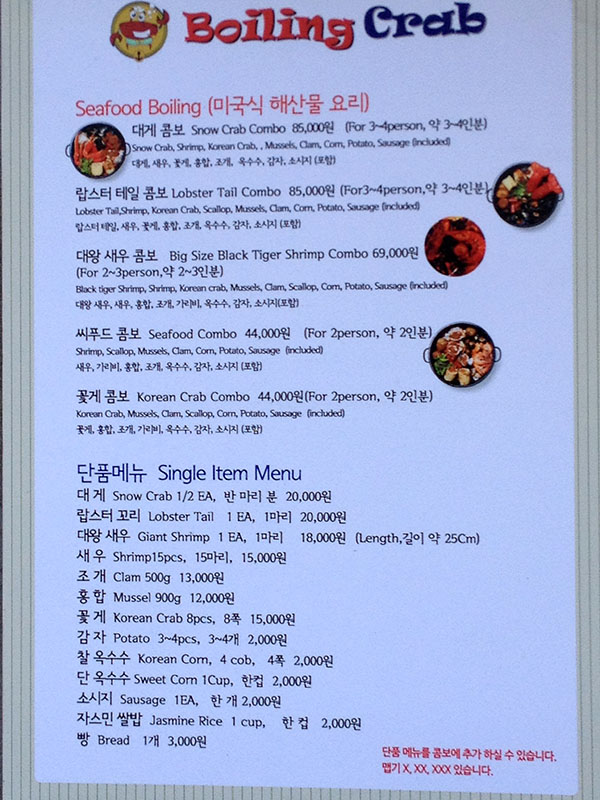 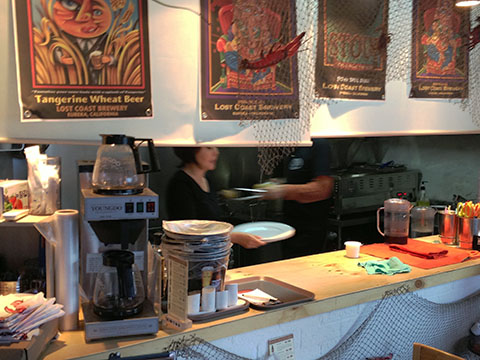 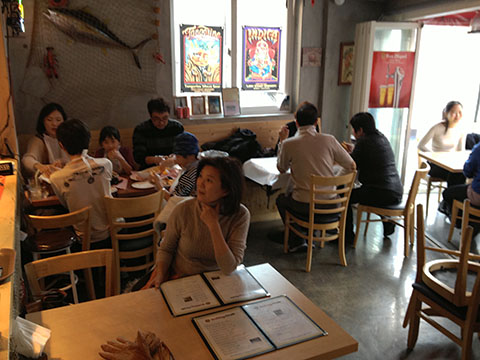 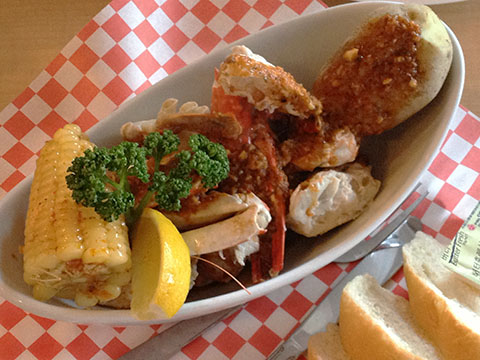 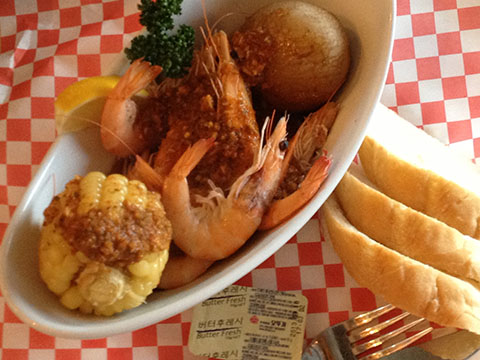 quite a line of boiled seafood specialies with Lunch Set going for an affordable W14,000 Russian crabs and shrimps come out moisty with even corn and potatoes are well cooked . offering a slight spicey-hot to hot variety as the visitor chooses . and because this is the Republic of Korea, you wear disposable transparent plastic gloves in crunching the shells, but know there is one of the cleanest washroom in the rear if you choose to go at it bare-handed .

run by a Korean couple from Southern California, center wall is adorned of their sea-faring quest fishing amid San Clemente island off Los Angeles coast . 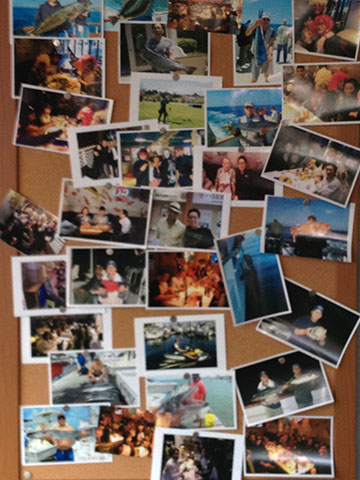 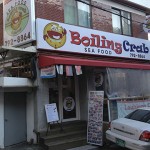 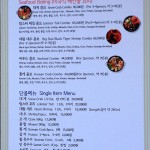 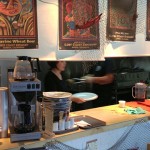 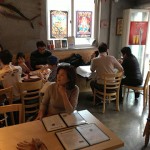 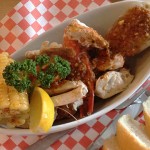 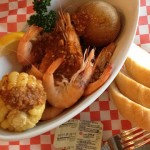 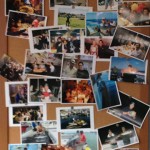