location : the center of all foreign things in all of Korea,
and the food : as American as you can get in Asia – Chinese 😉 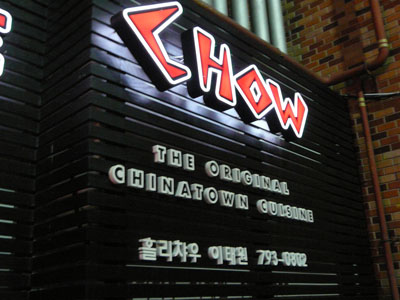 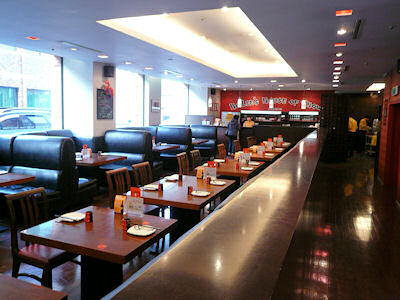 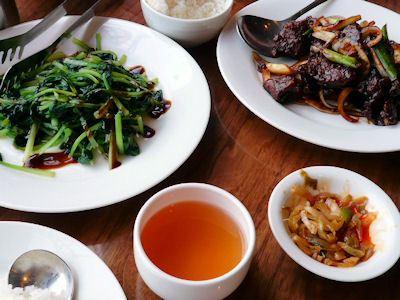 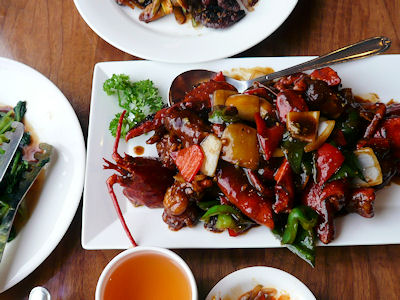 aside from our usual set of Mongolian Beef and Vegetables we had Lobster to congratulate a full-year here .

at the corner of virtually every neighborhood you will bump into a Chinese restaurant in South Korea, because they have been here since the beginning of history . but they don’t have the same menu as the ones you are used to in the States . because the ones here are Korean-Chinese while ones you like are American Chinese, both pretty different from the ones in real China .

in the port city and resort town of Busan there was a Korean couple who had a (American) Chinese restaurant in San Francisco, moved back here and operated King Yen for a while . become a habitat of the many English teachers they tried to spawn license branches which I hear failed there-after .

known to every single U.S. Military personel AND their dependents stationed in Korea since 1970’s . Korean-Americans used to frequent also, but their sibblings are trying out newer S.E. Asian and European restaurants popping up in the rear alley as we speak //

2nd floor of Hamilton Hotel,
mostly crowded during meal time with waiting seats at the entrance .