one of the older and larger indian and Arab restaurant in iTaewon, Seoul and all of Korea with a wide array of general cuisine run by a long-time Pakistan family who also runs the indian and Arab supermarket on building up-hill . 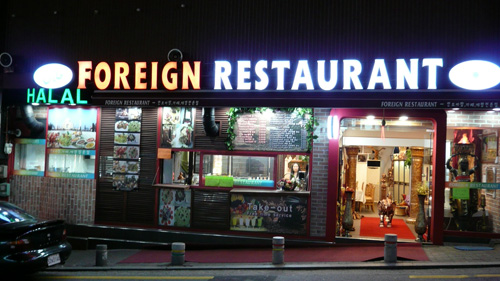 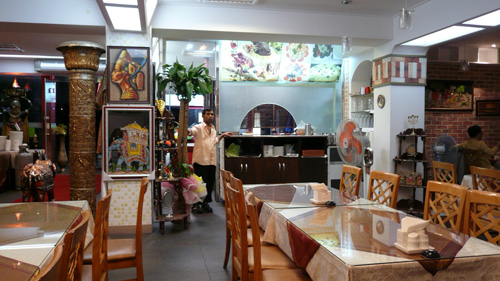 I would recommend here if you had only the time to try a single indian or Arab restaurant in iTaewon, Seoul or all of Korea . because the cuisine is general yet, taste is harsh Middle-Eastern and NOT the European NOR Japanese-turned softer palette . Koreans can be more used to it for the Soy Bean and Kimchi table is quite harsh too in a hotter way both in temperature AND spice .

another amazing aspect is the crowd who come here . because it is one of the indian/Arab restaurant out in the open road – a.k.a., Hooker Hill or Mosque Hill I choose to call it, is NOT a large road by any standards but much people converse up to the Arab residence around the Mosque or short-cut over to BoKwangDong . in the day time curious Koreans drop by, and then at nights American expats as well as the few military personnel who still come out to iTaewon . then it is in the weekends that this place really comes alive, packed with Mid-Eastern families all greeting each other 😉