in ancient Korea the best beef came out of a region just North of Busan (Pusan) called EonYang, – if you go to Busan they have restaurants specializing in Eon Yang BulGoGi (Barbeque) – and the meat was served to Kings (while the rest ate dogs). not related but that Korean restaurant sign noticeable above Hamilton Hotel garage lot area seems tempting : Busan Kalbi (Pusan Ribs). 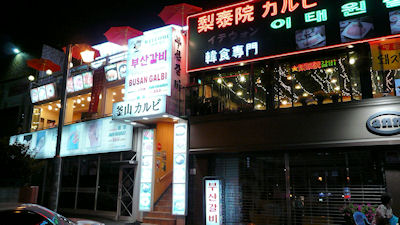 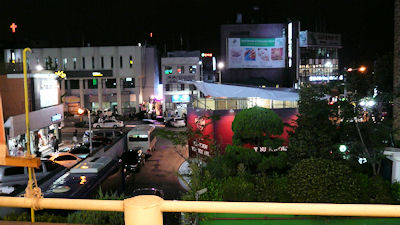 right behind Hamilton Hotel, 2nd floor up .
the patio looks down as from Ho Lee Chow across to the Police Station and Fire Station . 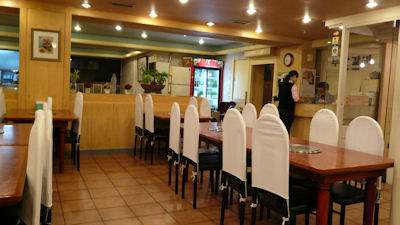 as seen from the exterior sign they seem to court Japanese tourist,
(as the place was shining clean) then best to go off-hours . 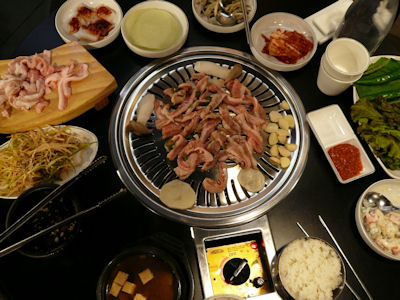 barbeque ribs were good, along with the usual feast of a dozen (small) plates,
though portions small and price not cheap as for the Japanese still a bargain .

This is a great Korean Restaurant that we go to often. The Kimchi soup, Bibimbop, and Galbi are our favorites. We have been eating here 2-3 times a month for the past nine months and the food and service is consistently outstanding. I recommend this place to all my coworkers and always take visiting family there.