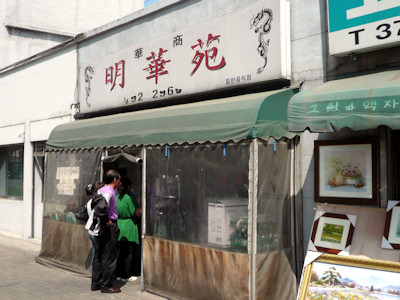 SamGakJi, a 4-way intersection connecting the Western part of Seoul with Korean Military HeadQuarters and U.S.Base, is a very common sight for service personel stationed in South Korea for it links the West and Southern Gates . but the area unlike the opposite side of the military HQ’s : iTaewon, which is now transforming into a multi-cultural fusion restaurant town, does not seem to know what to do . for the relocation of U.S.Base seems delayed due to lack of current government interest and still seems an underdeveloped barebone district in a packed metropolis . thus you will find most of the stores empty .. but one ragged store like any other in this area has lines of fans waiting to taste great Chinese food . 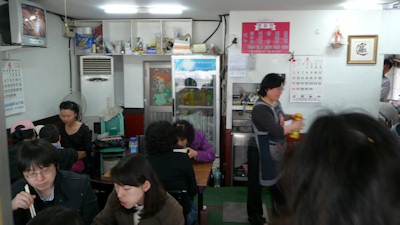 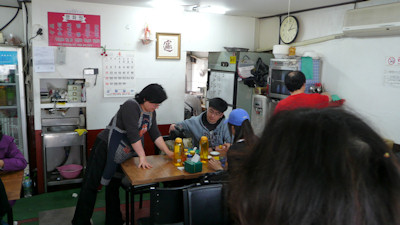 the interior is small and simple, reminiscent of any other humble Chinese restaurants . for they are known to be THE cheap food for labourers . like any part of the developed World, Chinese people have settled in Korea early on considering the proximity . but as Chinese food found in North America is none like REAL Chinese food enjoyed by locals in the mainland China or even Taiwan, Chinese restaurants in Korea serve differing dishes . especially noteable are three dishes, in the order of most casually ordered : 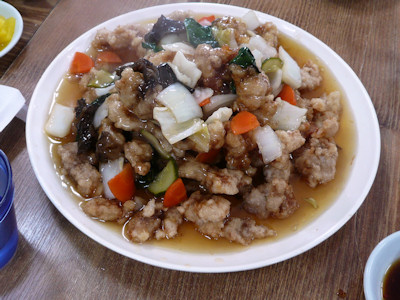 and Chinese food in Korea is synonym to delivery, which consist a chunk of the business .

but more of the Chinese restaurants have come to be operated by Koreans than real Chinese, and in this point : one major reason people flock here is that they are run by /real/ Chinese people shouting Chinese between themselves . so great place to try out your Chinese, even when calling 02-792-2969 so Good Luck 😉

Seoul Subway Line 6 SamGakJi Station Exit 11 and chances are you will see a line forming several buildings to your Right .
afterwards keep on walking straight North to the next subway station : SookDaeIbGu (Entrance to SookMyung University) and cross over a small road and to your right is SamSung Electronics Show Room with Service Center on the 2nd floor .